The evolution of our reliable scales dates back to 1919, when the original Loadometer went into production. The device consisted of a jack, to lift a vehicle's wheel, and a dial to read out weight. The load capacity was 15,000 lbs. and the product was manufactured, marketed and distributed by the Black & Decker Company of Baltimore, Maryland.

By the mid-1920's, the product evolved into the "Drive-On Loadometer," a significant improvement in which the scale was placed on the ground and vehicles were able to "drive-on." In the late 1920's, a "Turtleback" design was engineered that offered the benefit of increased load capacity to 20,000 lbs.

In 1939, Black and Decker introduced the Type A Loadometer. This mechanical version stayed in production through the mid-1980's and thousands of these scales remain in use around the world today. Black & Decker sold Loadometer to the Industrial Sales Company of Baltimore in 1954, which formed Loadometer Corporation. They continued to produce and distribute the Loadometer scale and eventually sold the company in 1979.

Under new ownership, Loadometer Corporation became the exclusive sales and service agency in the United States for Haenni Instruments of Switzerland. Haenni, a world leader in the design and manufacture of measuring equipment, has revolutionized the portable scale industry by producing the first low profile load weigher. This product, the WL100, is just .75" in height, compared to an industry average of 3".

These industry-leading scales are available exclusively in the U.S. from Loadometer Corporation. 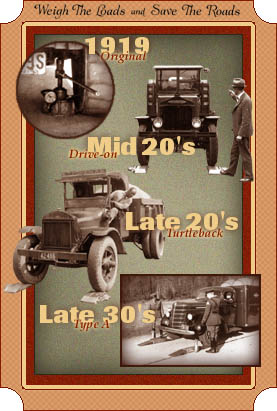